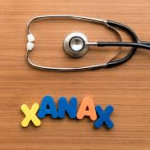 It has been two years since we have been fighting against the outburst of COVID-19. When the world was taking relief from the outbreak of the Corona pandemic, a new variant Omicron left everyone concerned about another eruption. The current situation of the United States is a grim picture of the country where the Omicron variant is spreading rapidly. It warns the world not to neglect the safety measures such as social distancing, wearing masks, sanitation, vaccination, and reducing traveling.

Following the emergence of the new Omicron variant, scientists worldwide are working hard to know more about the variant and the potential threats that it can pose.

Before we dig deep to know is the omicron variant is more dangerous than the previous Delta variant? Here is all we should know about the current variant.

What do we know about Omicron so far?

In late November, Omicron was a new SARs-Cov-2 variant, first identified in South Africa. The World Health Organization labeled it as a ‘variant of concern.’ Growing cases have been reported in 24 countries, including the U.K., U.S., Germany, and Australia.

Researchers suggest that this new variant can be more transmissible than the highly infectious Delta virus. The variants of COVID-19 are not found unusual. The more the virus spreads the more likely it is to mutate. The term Omicron is derived from the Greek language. The 13th variant of the SARS-XoV-2 virus received the Greek designation wonder WHO as with other variants. WHO in virus evolution said that this new variant raised the level of concern? Countries worldwide are shutting their international transportation to safeguard them from the latest viruses.

The Omicron variant is likely to spread more quickly than the original SARS-CoV-2 virus. But it is still unclear whether this variant is more transmissible or not in comparison to other strains such as Delta. CDC expects people infected with this variant to spread the virus to others quickly even if they are vaccinated or don’t show any symptoms.

It is not clear whether the infection from Omicron can cause severe diseases than the other variants. There is insufficient data to know if this variant infection, especially reinfections in fully vaccinated people, causes more severe illness than the different variants.

Scientists are still working to understand the impact and potential of the Omicron virus on the existing countermeasures. Current vaccines can reduce severe disease and deaths in the present variant and previous strains. The emergence of Omicron further emphasizes the importance of vaccination and boosters.

What is the difference between symptoms in the Omicron variant and Delta variant?

According to some studies, symptoms of the Omicron are much milder than other strains of COVID-19. But this variant does not affect the smell or state of the people like previous variants. Some common symptoms may include headache, fever, scratchy throat, runny nose, congestion, or body ache.

Specific studies are still going on every mutation of the Omicron variant.

Is the Omicron variant worse than the Delta variant of COVID-19?

At this stage, it is too early to know whether the Omicron variant is causing severe illnesses or not. So far, there are no fatalities reported from this variant; even scientists remain on alert with research to know about Omicron. The Delta variant led to severe fatalities due to a lack of preparedness in fighting the sudden outbreak.

However, the global response was swift when WHO declared it as a variant of concern within a couple of days after its detection. Since then, several countries have restricted their international flights from reintroducing quarantines. As many people are now vaccinated, the immunity has been boosted up compared to during the outbreak of the Delta variant. People who tested positive for the Delta variant and recovered have developed antibodies to fight against the variant.

According to U.S. scientist Anthony Fauci, the COVID-19 Omicron variant is not worse than prior strains such as Delta. It is possibly milder, but researchers are still going to judge the severity of the variant. But, This new variant of the COVID is highly transmissible than the previous variants. So people should reintroduce preventive measures to protect themselves and their families against the new variant.

Is the RT-PCR test practical enough to detect the New Omicron variant?

The widely used RT-PCR test can only confirm whether the person has an infection or not. It is not yet designated to determine which particular variant has infected the person. According to WHO, the Omicron variant is identified by a unique detection of the S gene, which makes it convenient to locate. So, the reliability of the current test is not much.

The current testing method can look for some specific identifiers in the genes of the virus in the human body. Usually, more than two identifiers are researched to increase the probability of finding a match if there are mutations in the spike protein, as is the case of the Omicron variant. It can look for more than one identifier. So, suppose the test finds the identifier in the other region but does not find the identifier in the spike protein. In that case, it can indicate that the infection is with the Omicron variant.

The main problem is that this new variant is not the only variant with mutations in the spike protein. Few other variants like the Alpha variant also have mutations in this region, and therefore the current RT-PCR test could show similar behavior.

How are current vaccines effective against the Omicron variant?

Vaccine efficacy has been the central question as the new variant spreads globally. Current vaccines of Pfizer, AstraZeneca, Moderna, Johnson and Johnson, and other globally recognized vaccines were potent enough to provide immunity against the Delta variant. According to early evidence, the World Health Organization stated that the Omicron variant could cause a reduction in the vaccination efficacy against transmission and infection.

There is no specific evidence to know how significant a threat of the COVID-19 Omicron variant is or if the current vaccines will affect protection. Pfizer said that two doses of its vaccine might not be protective enough to prevent infection.

Recent studies suggest that current vaccines can offer 30 to 40 percent protection against disease and around 70% protection against hospitalization without boosters. The booster dose will increase the production of antibodies and boost effectiveness against infection around 75 to 85 percent for severe illness.

Both Delta and Omicron are different variants of Coronavirus. Professionals believe that Omicron is more dangerous than the Delta variant; however, it is not medically proven yet. Their symptoms are slightly different in major situations but not always.

At the end of the day, we can say the difference between Omicron and Delta variants depends on the situation. Since vaccines are not looking that effective against Omicron, we need to be extra careful.